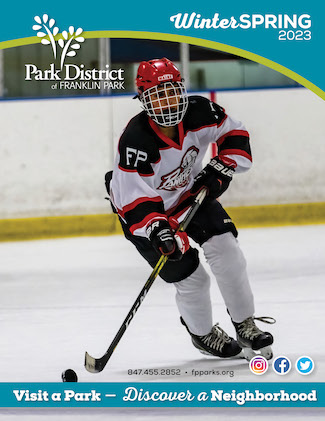 The Park District of Franklin Park is pleased to announce that first-year lifeguard Roger May was awarded the prestigious Golden Guard Award. The award comes from Jeff Ellis & Associates Inc., an international aquatic safety and risk management consulting firm.

According to Ellis, less than one percent of all evaluated lifeguards receive the Golden Guard Award. The firm evaluates roughly 40,000 lifeguards worldwide, making May part of exclusive company. In the past 20 years, only two guards at the Pool on Pacific have received this award.

“Roger is a great lifeguard who takes pride in his job but doesn’t boast. I am overjoyed he is part of our team and has been recognized with this prestigious award”, said Superintendent of Recreation Liz Visteen.

May applied to be a lifeguard because of the atmosphere at the Pool on Pacific. He appreciates how friendly and understanding the staff and patrons are. Being local to the community, he described lifeguarding as the perfect first job. May looks forward to returning next summer after completing his junior year at West Leyden High School.